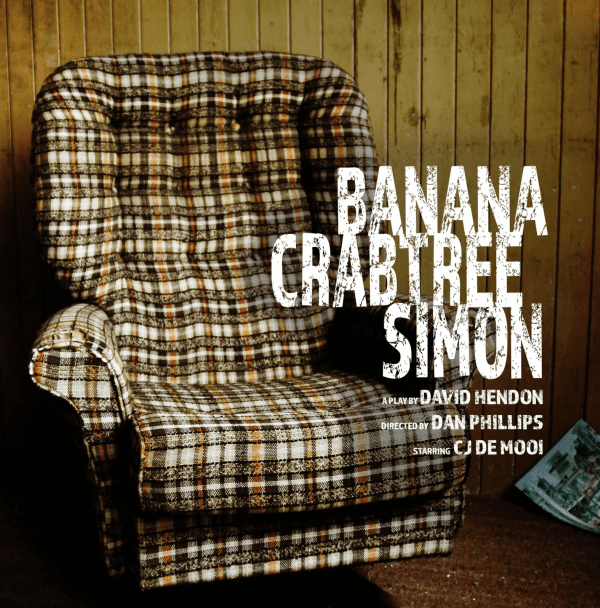 1702 Productions is delighted to announce that the extended version of David Hendon’s acclaimed monologue play Banana Crabtree Simon will have its world premiere at Milton Keynes’ Chrysalis Theatre 18th-21st August.

“A beautifully heart-breaking piece of theatre”

Again featuring CJ de Mooi, this new 70 minute version will be produced by Steven Gordon Wilson and 1702 Productions at one of Milton Keynes’ best loved venues.

In addition, to support the local community, 10% of all profits will be used to purchase clothing and supplies which, during the play’s run, the cast and crew will personally hand out to people who are homeless in Milton Keynes. CJ, who slept rough himself for many years, praised this initiative from 1702 Productions saying “The most important purpose of theatre is to enrich people’s lives, whether they’re able to come to see the play or not.”