1702 Productions are bringing Peter Pan the Panto to The Chrysalis Theatre, Milton Keynes in 2021! 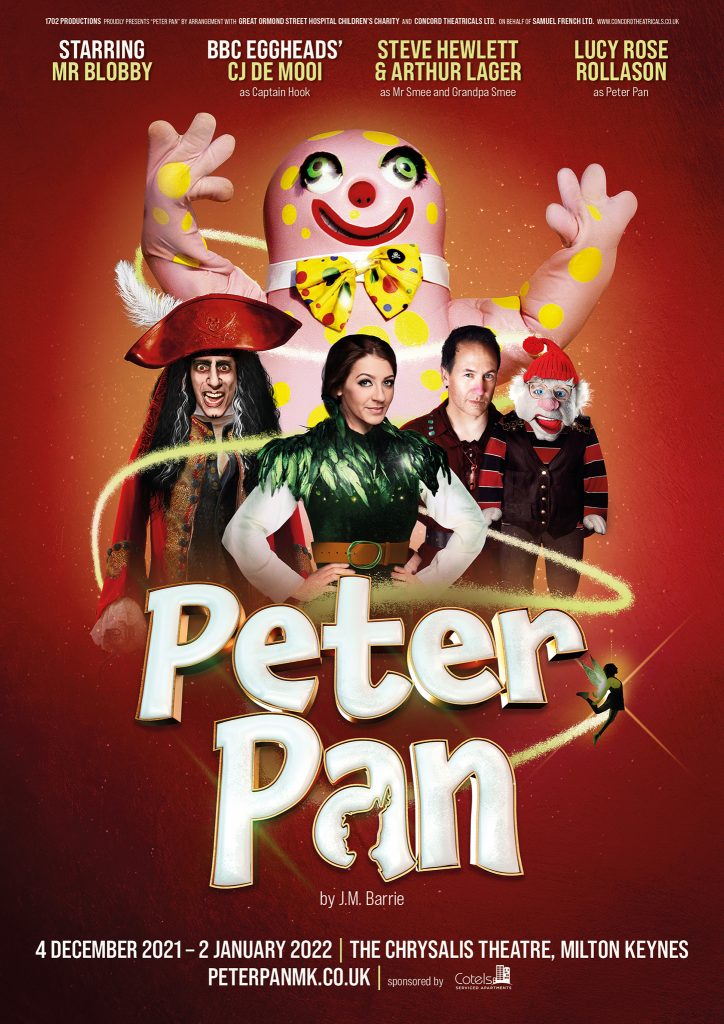 Schools Performances – We have special schools rates for this performance. Schools packages include discounted ticket costs for children with programmes, drinks and ice-creams included. Packages also include a number of free tickets for teachers and adult chaperones.  To enquire about your school booking, please email steven@1702productions.co.uk

Quiet Performances – Our quiet performances are particularly designed for audience members with autism and other developmental disabilities.  During these shows, house lights will remain on, but dimmed inside the theatre. The show will be at a consistent sound level and lower volume.  “Rules” around audience etiquette are also relaxed. After the show, audience members are invited to meet Pasha – the cockapoo that plays the role of Fish in the pantomime.  This meet and greet takes place on the stage.